April and another weekend away for me. This month brought me back to Connecticut, Farmington this time around.

Friday work day was smooth and easy, the team seemed like we were all in sync and the day went quick. My drive started off uneventful and stayed that way through the two and a half hours that it took me to get to my hotel, Hampton Inn and Suites Farmington. Arrival and checking in where simple, a quick visit to the front desk, my key cards in hand and off to my room.

Got myself settled for the weekend and got ready to go out to dinner. The front desk had a list of local restaurants, so I checked the list out. For some reason, throughout the week I had Chinese on my mind and low and behold there was a Chinese restaurant local, China Pan, so that was my choice. Dinner went well, the egg foo young was just perfect and the lo mein was very tasty.

Back to my room for the night. Spent some time talking with some of my friends on Skype, sharing videos and stories of the day. Slept well, the bed was comfy and the room darkening blinds did a great job of keeping the out side light out.

Morning, had a small breakfast from the complimentary breakfast buffet. Headed out for my days adventures. Stop one, The Mark Twain House and Museum. The Museum had an exhibit running for the month called Tails of Twain. It was a bit of the history of Samuel Clemens pets, the man was a cat person but also had dogs, horses and a cow as pets. There were many pictures and stories to be read. The house itself was the first home built by Mr. Clemens and where he wrote most of his famous books. The Harriet Beecher Stowe house was right next door to the Mark Twain house so I walked over to visit that while I was there. Unfortunately the next tour was booked up. I decided to head off to the local mall, Westfarms Mall, and do a bit of shopping. When I came out I decided to go back to the Harriet Beecher Stowe House. They did not have a tour for 2:00, which is when I got back there, I did ask the attendant on duty for a suggestion where I could go locally and she suggested the Connecticut Historical Society Museum.

Less than a ten minute drive and I was at the CHS Museum. A couple of temporary exhibits where showing. The Shakers exhibit showing some of the fantastic craftsmanship of the Shakers as well as some history of the local Shakers. Next was the That’s Weird – History is Strange, Take A Second Look. So this exhibit lived up to its name, it had some very strange parts to it. The oddest would be the section on death. There was a warning at the door before entering that section. To be honest, I did not find any of it disturbing in any way, but that is just me. I found the entire exhibit to be very interesting and entertaining.

After the museum it was back to my hotel for a bit of rest and relaxation. Played some games on my tablet, watched a bit of television, nothing really interesting there and had me some dinner. Nothing special just a burger and some mac and cheese from a local sub shop whose name escapes me at the moment.

Saturday night or early Sunday morning, depending on your point of view, was the third race of this season of Formula One. I have been enjoying F1 for a few years now. Talking with a couple of my friends who also share the joy of F1, we stayed up to the wee hours of the morning watching this race. It was a fun race to watch even if the end results where not what we had been hoping for.

A very short nights sleep followed the race. Got up and had a light breakfast, mostly because I knew I would be on the road for a while. Packed up and checked out. Headed for home, for the most part the drive was uneventful up until I was about a half hour from home. That’s when the snow and freezing rain started to fall. Slowed me down a bit, instead of a half hour it took just over an hour to get home from that point. As with most April snow, it did not stick around very long but it was a pain at the time.

Got home safely and that ended my Mark Twain weekend.

Posted by Forrest on April 24, 2018 in Travel, Weekend Trips

I Am A Gamer

I play video games. Whew that was easy. Okay, so I have been playing them for many years. I have a penchant for playing games on a computer. I do not own a Xbox, a PS4 or a Switch. I do play games on my Android phone and tablet for mobility reasons. I make this point because I am going to start writing about some of the games I am playing. Maybe some reviews, but mostly just experiences.

For me it started out with an odyssey 200 as Christmas gift. Yup, a couple of variations of Pong, me and my brother played this for hours. I was hooked.

Next came an Atari 2600, well a Sears branded version of the 2600 anyway. Games, games, games. Although I do not remember every game I had for the system, I do remember my favorites. Adventure was my all time favorite game for the system. An adventure game, duh, where the main goal is to slay the dragons scaring the country side. Arcade game cross-overs that where fun to play, Asteroids, Space invaders, Defender and Dig Dug where all good. Star Raiders, a space adventure game, was a lot of fun to play as well.

Next up was an Atari 400. 8-bit gaming at its best. A membrane keyboard, joystick and paddle controllers and a cassette recorder for backup and storage. I had the 400 Star Raiders which I enjoyed even more than the 2600 version, Miner 2049er, some text adventure games on cassette as well as many other games that escape my memory at the moment.

I also had the Basic programming cartridge for the system and was teaching myself to program. I even saved up for a long time to get a floppy disc drive. Unfortunately it went bad on me and I was never able to repair or replace it. Maybe a game programmer lost to the ages, oh well.

The Colecovision game system followed the 400. Games available where ports of arcade games, some popular games, Donkey Kong and Donkey Kong Jr, Defender and Zaxxon, as well as a bunch of games that were not as popular in arcades. Some of my faves from this list are Lady Bug, Mouse Trap and Burger Time. Gaming was becoming ingrained in my life.

16-bit gaming entered my life with the Sega Genesis. Amazing graphics for the time, and a library of games that rivaled any system before. I played platform games, fighting games and a bunch of action adventure games on my Genesis. The I added a Sega CD drive to the system and added a whole new universe of games.

Everyone owned a Nintendo Entertainment System, NES for short, and so did I. It was a toss up for which franchise I liked best, Super Mario or Mega Man. I played the daylights out of both entries.

I entered 32-bit gaming with a Playstation, the first one. I didn’t have very many games for this one as I had acquired it after its life span but before gaming stores started selling used games for the system. I got a bit of play out of it before I packed it away and purchased my first PC

Had a recent visit to the New England Air Museum at Bradley International Airport in Windsor Locks, Connecticut. I have to say that I enjoyed my visit very much. There are plenty of aircraft with their history to check out. 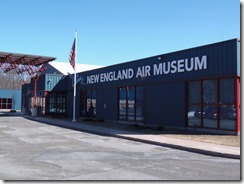 The staff was very friendly and full of information when ever I had a question about something. One thing that I thought was very interesting, throughout the museum there were speakers that had the tower chatter from Bradley International playing through them. 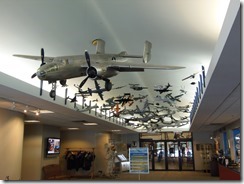 I am a solo traveler and found the history of air travel to be an interesting visit, but for the folks that are traveling with younger children there are some things about to give them some interest. While I was visiting, there was a paper airplane folding instructor for the younger ones in your group. There is also a section with some other child directed entertainment as well.

During my visit I spent a couple of hours going about, reading plaques about different planes and taking photos as well. I found the whole visit to be entertaining, interesting and educational as well. If you have an interest in air craft, air travel or the history of air travel the New England Air Museum is a great place to visit.

Surprise Comfort Food For Me

Recently found myself in Hartford Connecticut and looking for a place for dinner. Came across a Longhorn Steakhouse and thought, steak sounds good right now. I am glad that I did

I had a very short wait for a table, less than 15 minutes. Once I was seated it was just a minute or two before my server came for my drink order. I chose an unsweetened black raspberry iced tea and a glass of water.

Got my tea and water and placed my dinner order. Start with a bowl of the Loaded Potato Soup, then the Flat Iron Steak with a Mixed Green Salad with Ranch Dressing and the Maple Roasted Spaghetti Squash.

I got my Loaded Potato soup and Mixed Greens Salad served with fresh baked bread and butter. The bread was nice and warm and tasty. The Loaded Potato soup was just that, loaded. There was plenty of potato pieces and bacon bits and lots of flavor. The salad had a good mix of greens, some iceberg, romaine, chicory and chives, as well as some tomato chunks, slices of cucumber and some croutons with a little side cup or ranch dressing.

The Main dish, Flat Iron Steak, named so because it resembles an old fashioned flat iron, gotta love the irony. Ok so my steak came out nice and hot and cooked to a perfectly warm pink middle, medium as I ordered it. The steak is marinated in a house sauce for fuller flavor. I did enjoy the steak, the marinate has a bit of a zing to it that I was not expecting.

Seeing Spaghetti Squash on the menu was a bit of a surprise to me. I have not seen this item on a menu anywhere to date. Growing up my grandfather grew his own spaghetti squash and I enjoyed this unusual vegetable very much, so I had to order it. Maple Baked added a fantastic flavor to the squash and the texture brought me back to my childhood and good memories, it was a nice comfort food for me.

I finished the meal off with the Chocolate Peanut Butter Jar. A small jar filled with chocolate cake, whipped cream and mini Reese’s Peanut Butter Cups. A tiny, decadent dessert perfect for finishing off my meal.

The restaurant had a very rustic feel. Exposed beam ceilings and barnboard walls as well as all sorts of western barn accessories about the restaurant.

My server, Amy, was very cheery, with a pleasant smile, adding a pleasantness to my entire meal.